A few months ago I was contacted by the nice people over at Stitchcraft Marketing to see if I would be interested in receiving a yarn tasting kit from KPC Yarns. KPC (knit purl crochet) Yarns is a Hong Kong based company.  They have been in business in various forms for over 50 years and source their wool from a specific farm, in Gostwyck, New South Wales, Australia which has been raising sheep since the 1800s.

KPC has 4 main yarn lines: Novomerino, Glencoul, Cashmere and Gossyp.  These yarns are available in a variety of weights including laceweight, 4-ply, DK and chunky in anywhere from 40 to 60 colorways.  The tasting box included a variety of samples of the above mentioned yarns in many of the different weights.

When the box arrived it was a delight to open. 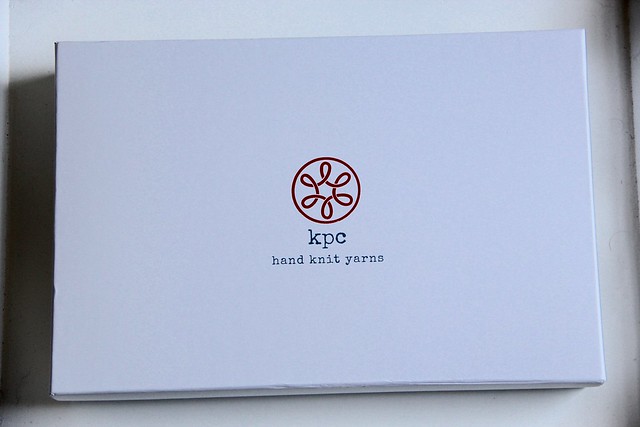 Inside were approximately 10 or so knit samples of the yarns mentioned above. All the swatches were knit in garter stitch, and included the tags of from the yarns specifying the name of the yarn, the weight of the yarn and the colorway.  Also included in the box were a bakers’ dozen of 10g balls of yarn so I could knit my own samples.  Each sample ball of yarn had a tag which was fastened with a lovely ribbon.  When perusing the KPC Yarns site, they noted that the ribbon and tag could double as a gift tag, providing information about the yarn to the recipient. 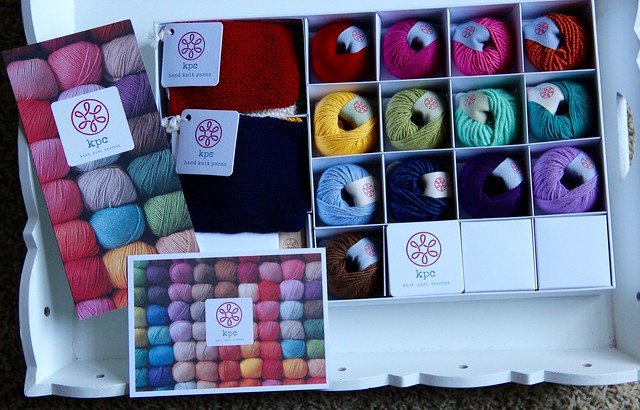 In general I was very impressed with the quality of the yarn.  I haven’t knit with any of the samples yet, though I plan to shortly (I almost hate to break into the samples though because the box is so pretty as it is.)  I really like the hand of the Novomerino, however, and you can bet I’ll be checking out which stockists I might purchase some from. 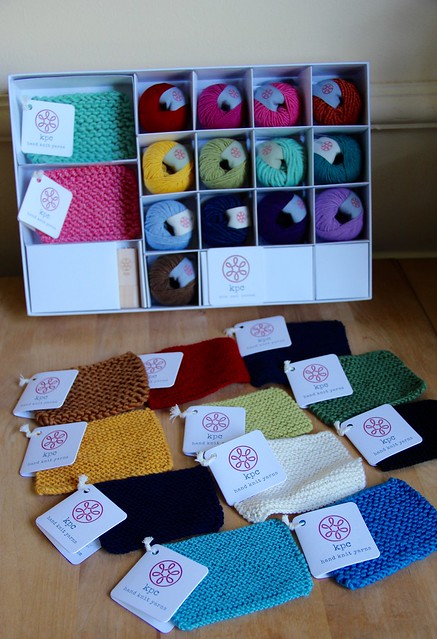 I couldn’t find this exact box available on the KPC Yarns site, however I did notice that they offer other special “box sets” with various yarns included for between $38 and $45 .

A special thank you to Stitchcraft Marketing and the folks at KPC Yarns  who sent me the yarn (retail: $40.00) for free. I received no other compensation for this review. All opinions and photos are my own.