So even though yesterday was the first day of spring, I’m still in sweater mode. This week I had hankerings to cast on sweaters.  I thought I could tide myself over by casting on a sweater for my nephew.  I was somewhat successful in that I did cast on the sweater, and I actually just separated the sleeves from the body today. I ended up going with Simon and Simona by Elena Nodel.  The yarn is a skein of Miss Babs Yowza that I got when I went to Maryland Sheep and Wool in 2014! 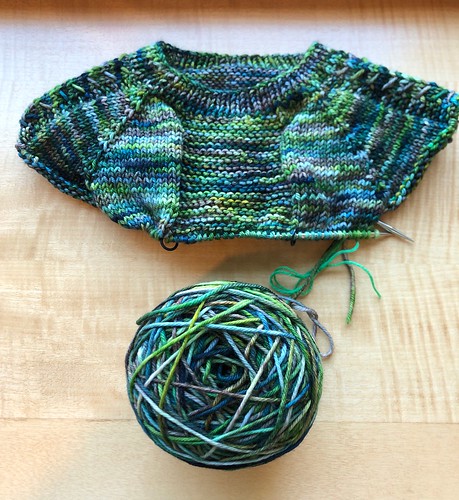 I was somewhat unsuccessful in that last night I cast on for a sweater for myself! In the fall, Craftsy had a super sale on its yarns and kits and I picked up a kit to knit Wolf River by Melissa Schaschwary. I selected a Slate Grey color because I don’t have any sweaters that color. I’m modifying the pattern a bit (knitting the body in one piece rather than as front and back pieces) and managed to get through about an inch of the hem ribbing last night. There isn’t much to show, so I’ll pop in a photo from the Ravelry pattern page.

I’ve also made a bit of progress on a pair of socks for myself.  I’m using David’s Toe up Sock Recipe by David Schulz and a new to me yarn, H&W Comfort Sockenwolle in Cherry Blossom.  So far I’ve got the toe, gusset and heel down. Now it’s just the leg to go! (oh and the second sock…) 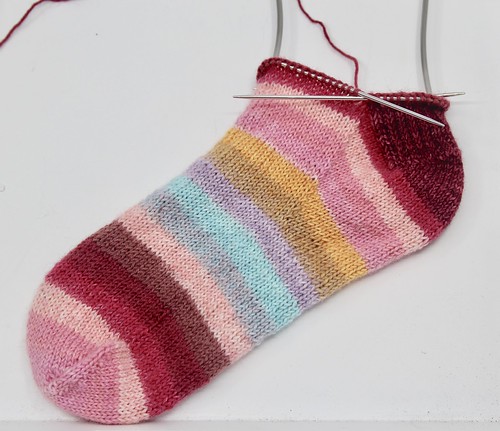 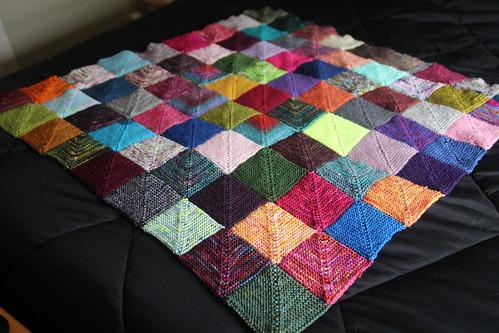 I did finish my secret knitting this week, a shawl for a friend. I’m giving it to her as a surprise tomorrow, so I’ll include a picture of it in next week’s round up.

0 thoughts on “Knit Night: All the sweaters”