Back in April I picked up a few teas from Smoke Camp Crafts while on a cross country road trip.  Sadly they don’t have a web site, but I was able to find the linked contact information.  Today I decided to try the Cinnamon Rosehip Blend.

From the label the tea contains rosehips, lemon grass and balm, lemon peel, and cinnamon.  I purchased 1 1/2 oz for $3.50. 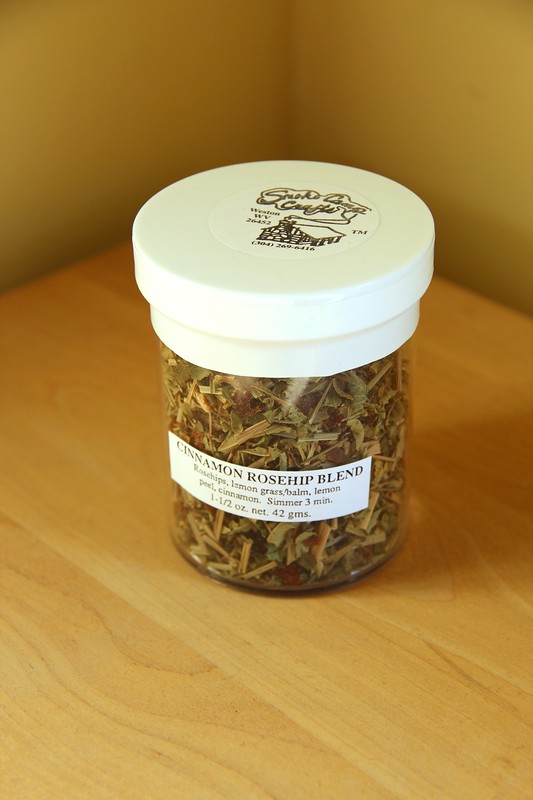 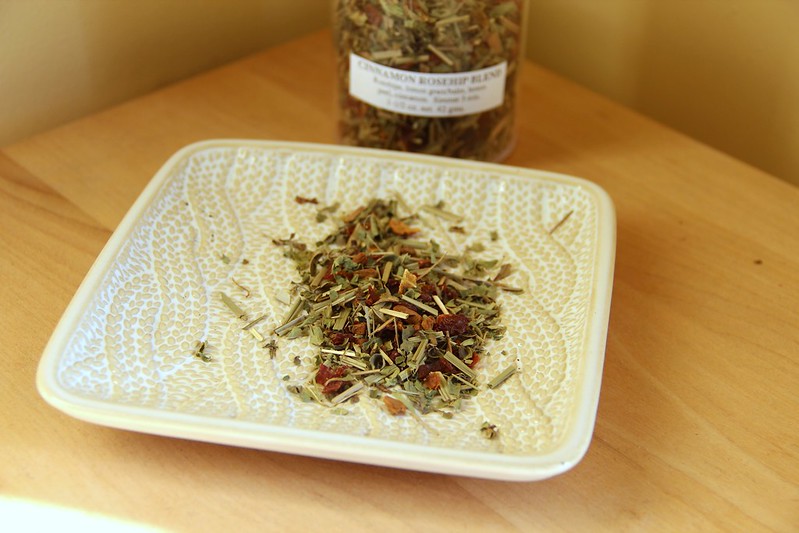 When I opened the container I could definitely smell the cinnamon over everything, but I think I could catch a bit of the lemon as well.  Post brewing I got whiffs of all the ingredients in there. The taste was kind of a warm soothing cinnamon.  Though I used a healthy portion, the tea didn’t brew dark and it seemed very mild-tasting; no strong flavors in this one.  Still it was nice to try tea from other regions. I still have an Appalachian Mint that I’ll be trying tomorrow!