Another tea I purchased from Teavana in my recent order was My Morning Maté. 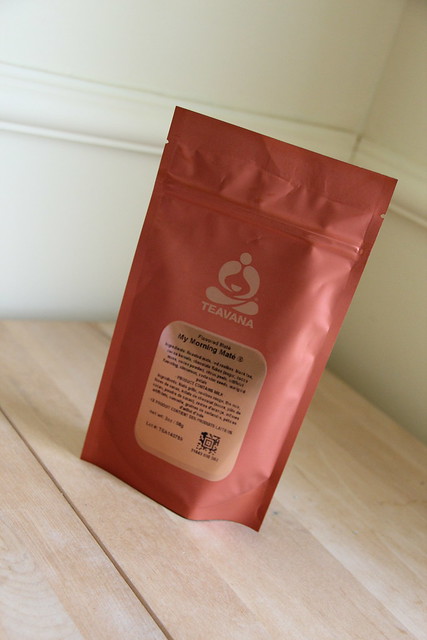 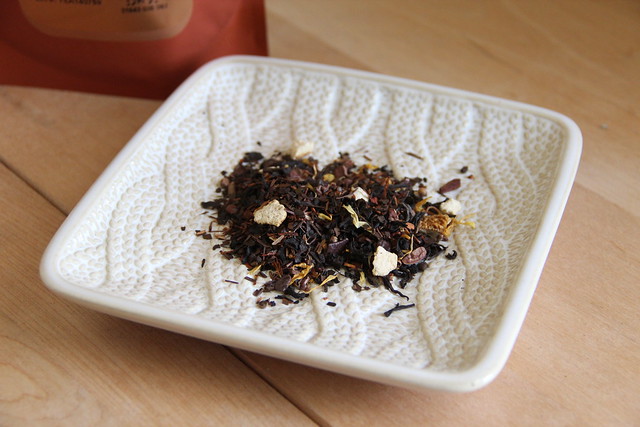 When I opened the package I smelled the rich chocolate, but also something bitter and strong, very reminiscent of coffee. Apparently maté is also marketed as an alternative to morning coffee. Once brewed I could smell the dark tea, and a bit of the rooibos.  The taste was creamy and smooth, and I mostly got the chocolate and cinnamon.  I could kind of taste the rooibos in there, and I don’t think this one is going to be a favorite, but it wasn’t bad. Remember I’m not much of a red rooibos fan, so my opinions are totally colored by that.