I recently placed an order with David’s Tea for some of my favorites that I had run out of and I took advantage of the sales and promotions to pick up a few new teas as well.  The first of these was Sugar and Spice.

From the packaging, Sugar and Spice is a blend of black tea with apples, cinnamon cassia, cloves, carrots, marigold petals, orange peel and vanilla. 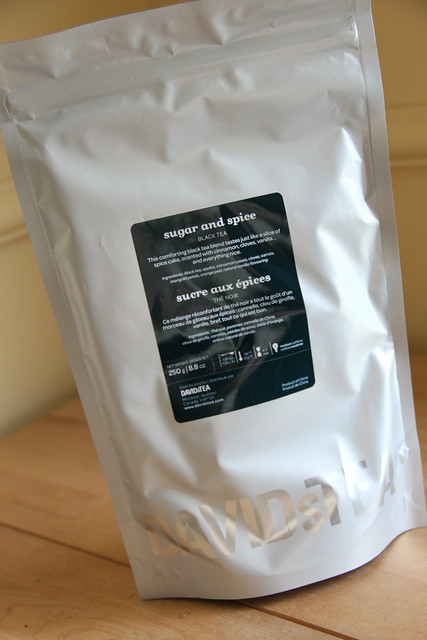 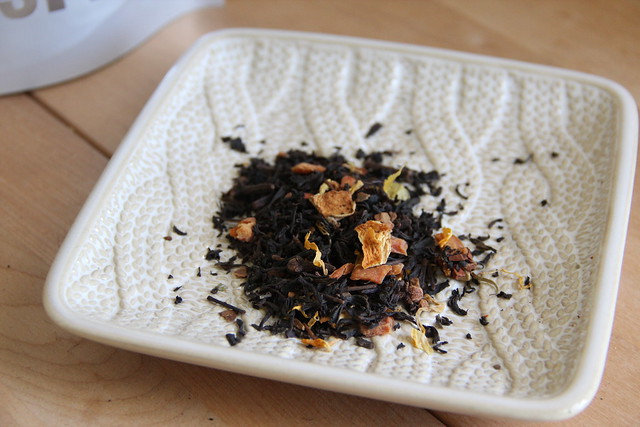 When I first opened the bag I mostly smelled the cinnamon and cloves.  As it brewed I smelled more orange flavor.  I thought it tasted very much like holiday spices, or spice cake.  My friend Ana thought it was like a mild chai and she had hers with milk and sugar.  Either way I liked it very much and I know I’ll be drinking a lot of it in the cool fall days.