Today I decided to sample the Apple Cinnamon blend from my recent Harney & Sons order.

From the website, the blend contains black tea with apple and cinnamon spice. 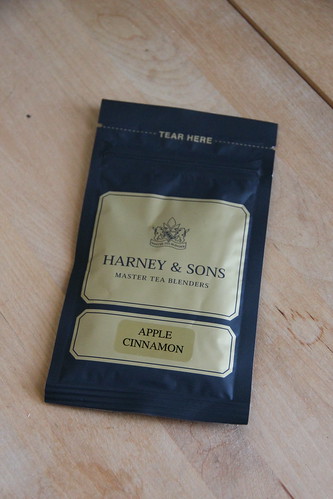 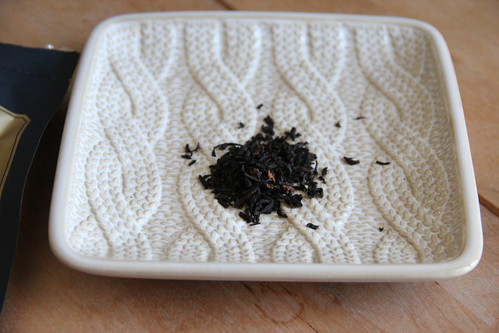 When I first opened the packet I smelled dried apples.  Once brewed the tea almost smelled like an apple cider.  I didn’t enjoy this as much as a couple of other apple teas I have sampled, but this was a nice black tea with a hint of apples and cinnamon.  Mostly, I was disappointed that all the goodness I could smell in the packet didn’t show up in the tea itself. If you’re looking for something that really tastes like apples, this isn’t it. However if you’re looking for a fall blend that’s primarily black tea, then this would be a good choice.