Last week when we were in Garden of the Gods, I found a package of Colorado Prickly Pear Tea and picked it up to try. The package is scant on details – there are no ingredients and I can’t figure out who the manufacturer of the tea is because it’s all under the Garden of the Gods labeling. A pack of a dozen teabags was $4.99. 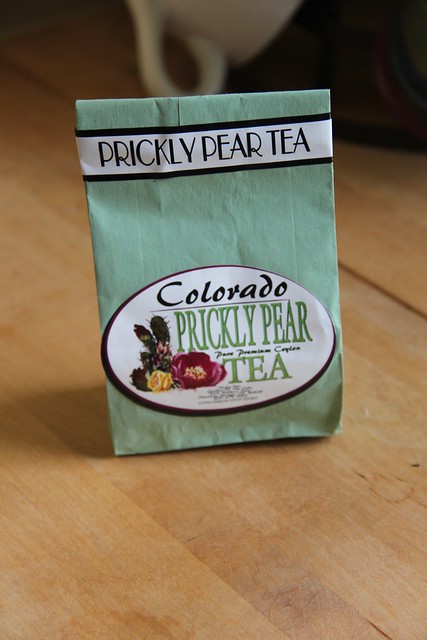 Apparently the prickly pear cacti produce a pear shaped, red fruit which is sweet in taste. It is picked, de-thorned, and then dried for infusion into teas. I believe the variety I picked up is infused into black tea.

When I first opened the package it had a pleasantly sweet and fruity aroma. I only let it steep for a few minutes, and I probably need to let it steep longer, but the flavor was quite mild. It had just a hint of a sweet fruity note to it, but otherwise tasted like a smooth ceylon tea.

If you’re interested in trying this delicacy I found another variety available from Maya Tea, an Arizona tea company that makes the most of the abundance of prickly pear cacti in the area.