Last week my husband and I took a week off and went to Colorado.  The real purpose was so that he could do the Run the Rockies Half Marathon Trail Run, but we planned a week full of sightseeing while he acclimated to the elevation.

We started off in Colorado Springs.  The first day we went to the The Broadmoor Seven Falls.   It was a short walk up to the falls, although with the elevation I found it to be a good workout. 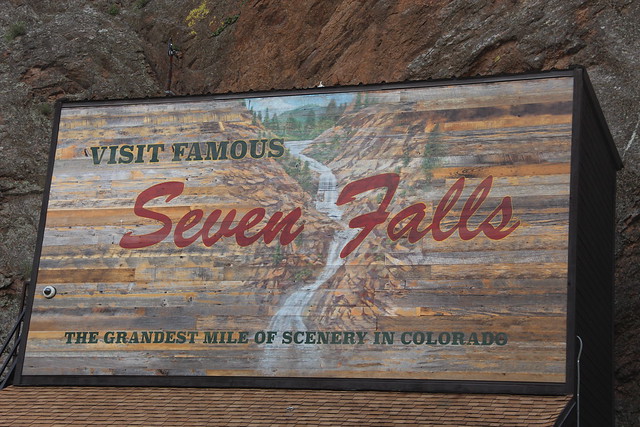 The thing I noticed the most was the smell – the whole area smelled of pine and forest and greenery. It was really picturesque despite being a tourist attraction. 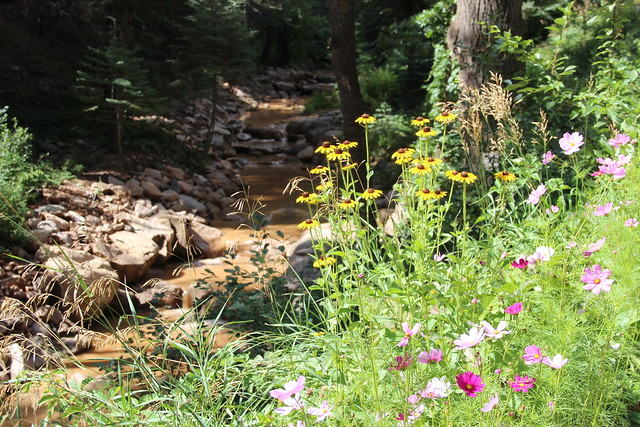 And finally we reached the falls themselves: 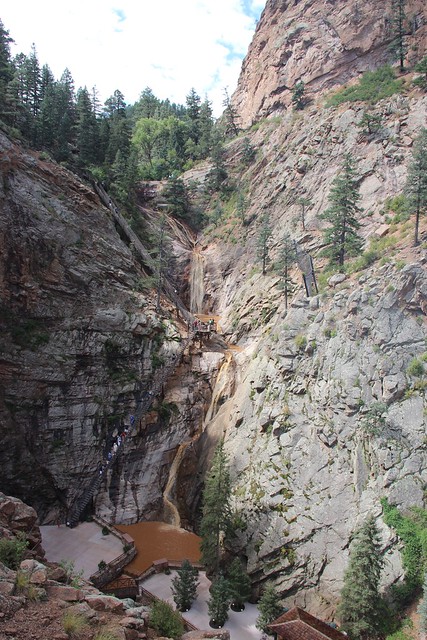 After a short rest, we headed back to down the hill and off in search of lunch. We ended up at The Golden Bee which is a 19th century English pub at The Broadmoor, a 5-star, 5-diamond hotel. The fixtures in the pub itself, including the bar, were transferred panel by panel from the UK. 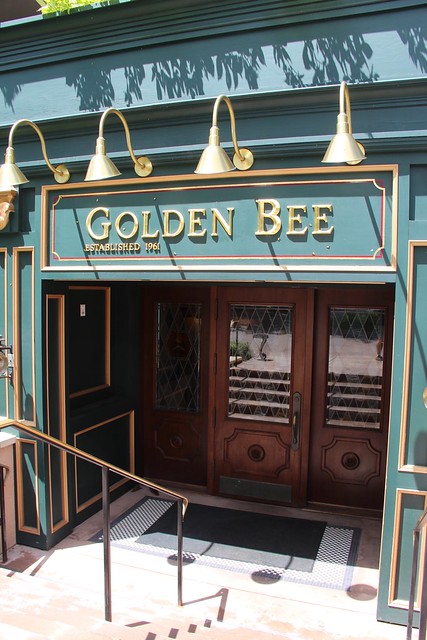 The afternoon forecast was for rain so we opted for an indoor activity; we went and visited Patsy’s Candies and took a tour of the chocolate factory. 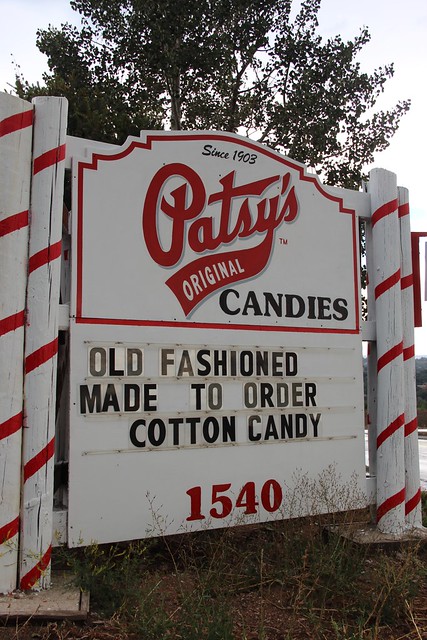 That evening we had dinner with my college roommate and her husband (she’s also a knitter!)

The second day, which happened to be our anniversary, we explored Garden of the Gods. The park was beautiful and so unexpected – I had never seen red rock amid lush trees. 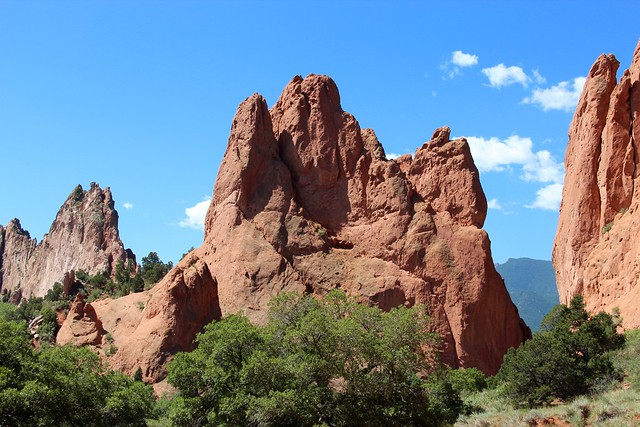 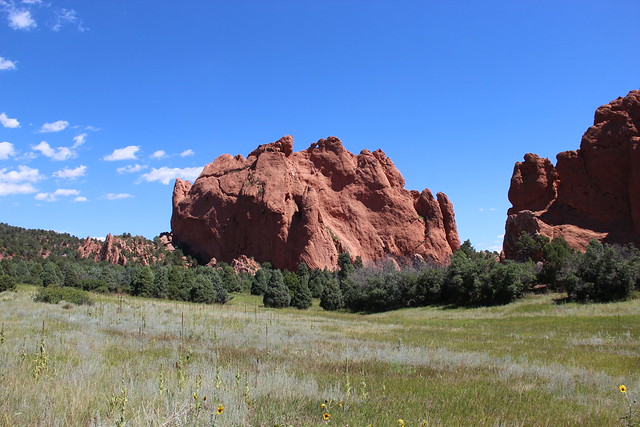 After wandering around the park, Wes indulged me in a little yarn tourism. On the advice of my roomie, we visited Ewe and Me, a little yarn boutique up by Garden of the Gods. I ended up purchasing 2 skeins of beautiful yarn from a local dyer, Spruce Dragon and I found the shop charming. If you’re ever in Colorado Springs, it definitely deserves a visit! 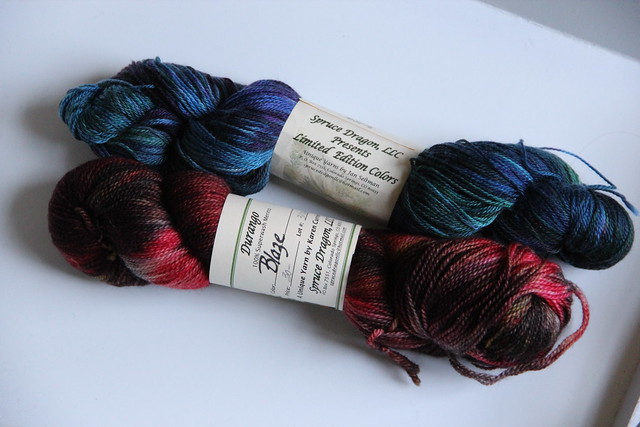 The rest of the vacation actually yielded very little in terms of sightseeing and photos.  On Wednesday morning we headed up to Frisco, a little ski town outside of Breckenridge.  There we spent several days acclimating to Frisco’s 9,000 foot elevation, eating, and wandering around the little town.  On Saturday Wes ran his half marathon and then we headed home.

The trip also included quite a bit of knitting and I picked up a new tea to try – stay tuned for Friday’s post for a review!