A few months ago I was contacted by the folks over at Stitchcraft Marketing to see if I would be interested in knitting something out of Shepherd’s Lamb Organic Wool 2-ply DK yarn. Shepherd’s Lamb is produced on a ranch out of New Mexico that raises organic sheep that free graze in the mountains and valley.  They do raise sheep for meat, but also raise many for wool and they dye the yarn they produce using all natural dyes.

One of the yarns that Shepherd’s Lamb was offering for review was its 2-ply DK weight base, a 100% Rambouillet that comes in 180 yard skeins. When I had the opportunity to try out this yarn, Shepherd’s Lamb offered me my choice of colors.  While they do have set natural colors that they dye, each dye bath varies and each skein is unique.  I opted to try Indigo. 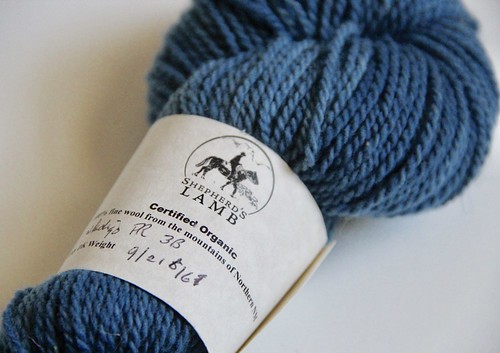 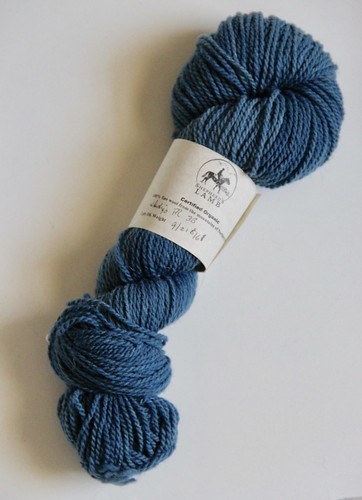 Once the yarn arrived, I decided that it should be a cabled hat. The yarn itself was soft and almost felt like cotton. It was super squishy and wooly feeling; it would probably be great in colorwork because it was quite sticky. I was pretty sure that it would have really great stitch definition, and I wasn’t wrong. I chose to knit Sea Beanie by the late Elena Nodel. 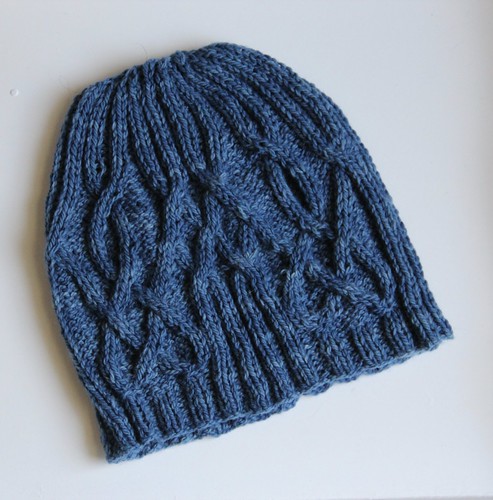 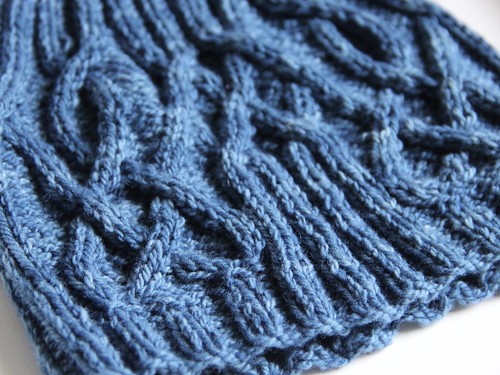 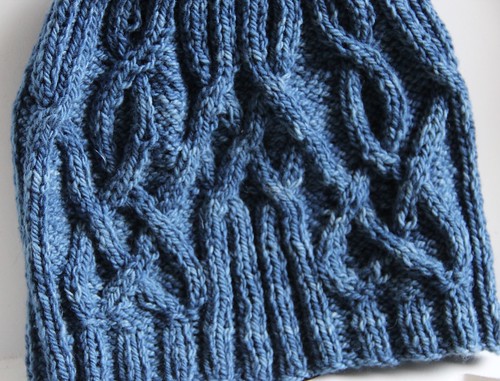 The only complaint I had about this yarn, and it was really more the dyeing than the yarn itself, was the indigo crocking.  Indigo is a natural dye that isn’t water soluble, so it never quite binds to the fiber in the dyeing process.  This means that when you knit with the yarn, particularly when your hands are warm, the dye adheres to your skin.  This isn’t the same as bleeding – when I washed the hat in water and wool soak the water ran completely clear, so it isn’t that the dye wasn’t set properly.  In the future I might try other colors since they are less likely to leave color on my hands.

Shepherd’s Lamb also has a newsletter which you can sign up for here.

A special thank you to Shepherd’s Lamb who sent me the yarn (retail: $16.00) for free. I received no other compensation for this review. All opinions and photos are my own.