Earlier this week my friend Ana gave me two containers of “new to us” tea that she purchased at Hallmark.  The Crafters & Co tea is available exclusively from Hallmark Gold Crown and produced by a local Kansas City company, the Hugo Tea Company.

Warm Wishes contains black tea, organic cinnamon and organic zante currants.  It is available in a tin as tea bags or loose leaf for $12.95. 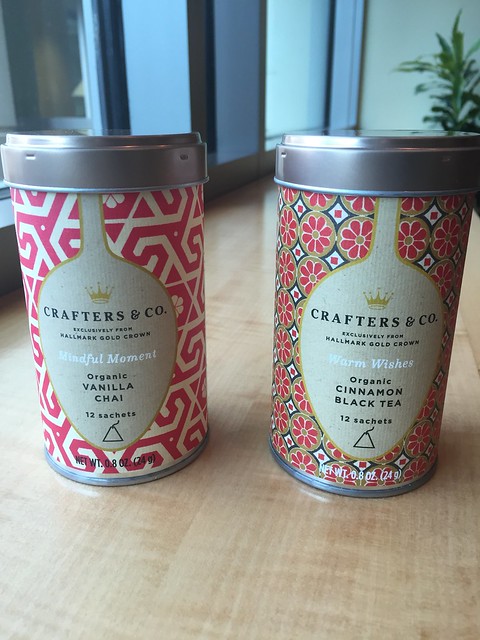 Warm Wishes smelled amazing in the package, like spicy cinnamon.  The tea itself was good, but I got far less of the cinnamon flavor than I expected to.  It was still a good warm cup of tea for a chilly day.

Mindful Moment was delicious, both the smell and the taste. It had a touch of vanilla as well as a touch of chai spice. It was smooth and delightful for an afternoon pick me up.