Many, many months ago (I’m ashamed to count how many) my friend Ana brought me a few bags of Tea-Historic tea that she had picked up at a local festival.  I pulled them out for sampling in the next few weeks and went to the website to do more research and learned that Tea-Historic is closing up shop! That will teach me to delay in reviewing.

Tea-Historic teas are available in 1oz increments for $6 per ounce. 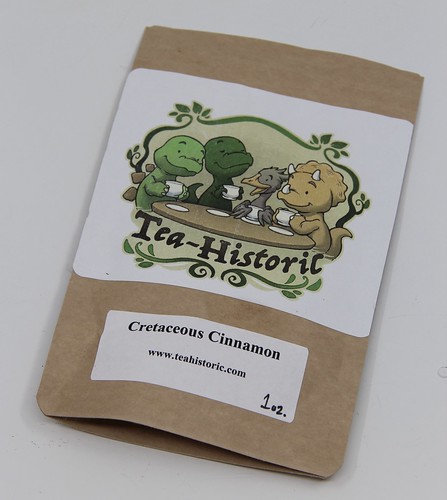 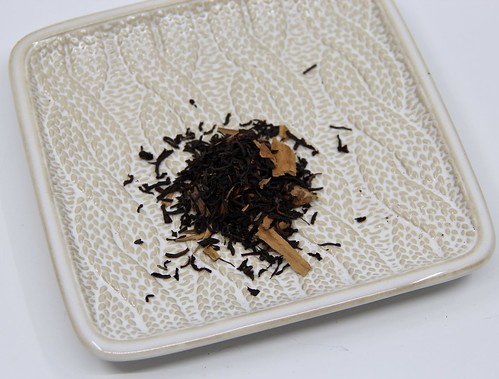 When I opened the package I was interested to see big chunks of cinnamon sticks in with the black tea.   The tea itself smelled wonderfully of cinnamon, both before and after brewing.  It was a delightfully strong black tea, with the taste of warm (but not spicy) cinnamon. It was perfect for a mid-afternoon cup.