This was a week for finishing things!

After I posted on Wednesday of last week, I went to knit night and finished the body of the poncho and picked up stitches for the ribbed collar.  Thursday turned out to be icy so I worked from home and, in the lulls between tasks and emails, I was able to knit through the collar.  That evening I wove in my ends and did some light blocking and I was done! (Ok, technically I still need to add buttons to the collar, but I’m calling it a podium finish.) 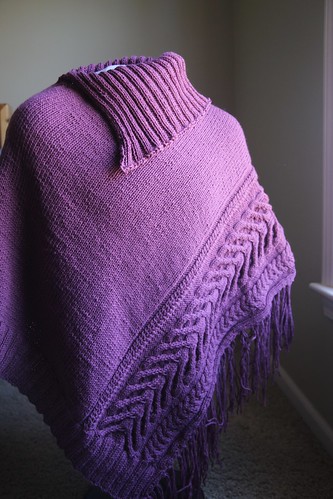 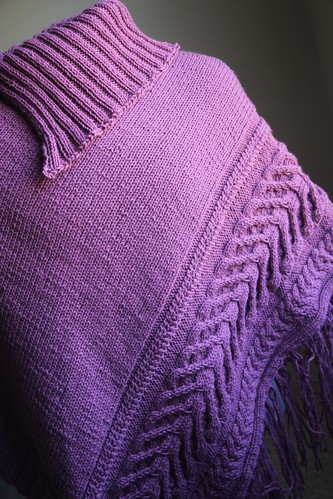 Once my poncho was off the needles, I was eager to start new projects but instead made myself pick up a project that had fallen by the wayside, some handspun socks. These socks were my Christmas Eve cast-on (oops!), but got brushed aside for some January and February knits. My goal was to finish them before the end of the month.

These were knit out of my handspun from Hello Yarn Corriedale fiber in the Poisoned Apples colorway. 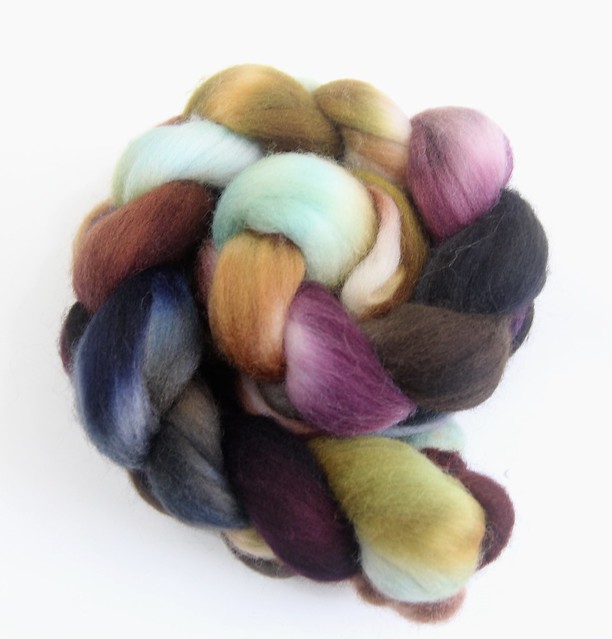 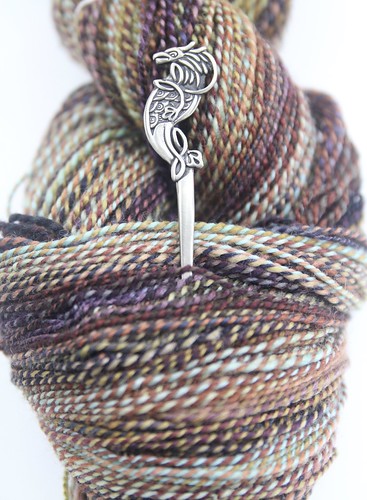 I used David Schulz’s Toe-Up Sock Cookbook which is a great pattern, especially if you’re working with handspun.

I finished these last night before bed! 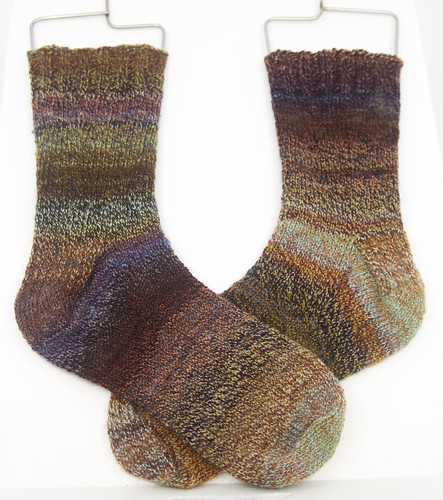 So what’s next? I have another project waiting in the wings. (Technically it is waiting with a friend – I accidentally left it at knit night last week and a wonderful knitting buddy held it for me until tonight!). This is going to be a Lowbrow Cowl using some yarn that my boss brought me from his trip to Australia a few years ago. 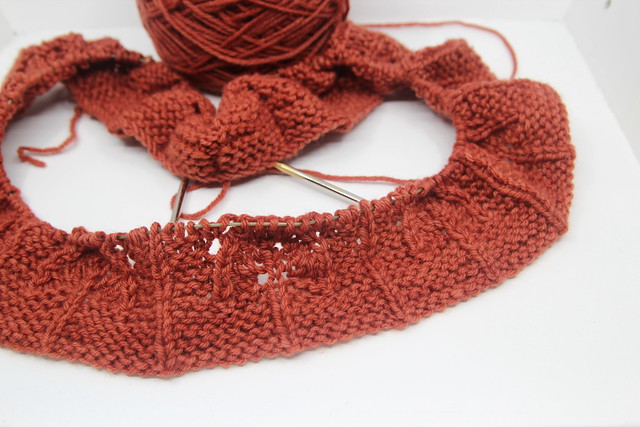 Finally, since the sock needles are empty, I need to cast on again. I picked up a skein of a new-to-me yarn, H&W Comfort Sockenwolle in the Cherry Blossom colorway, and I’m going to knit some vanilla socks in super pretty stripes. 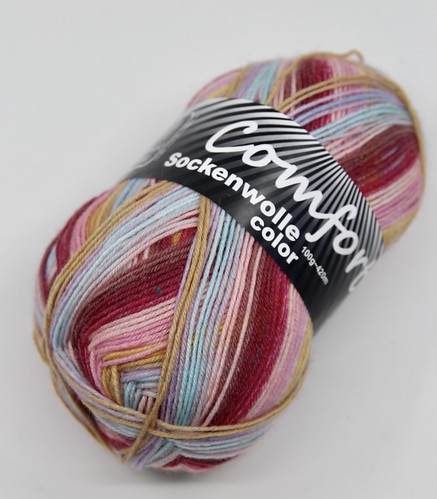 The most interesting part about this new cast on is that I purchased some Addi FlexiFlips needles to test out. More about those next week!