A few weeks ago, I shared that I had bought the Double Infusion Iced Tea Pitcher from The Republic of Tea.  I’m happy to report that I have made a few batches of iced tea and enjoyed using the pitcher.  Some of my combinations haven’t been all that I wanted them to be, which is why it has taken me a bit to put together a photo post with a yummy suggestion.

When surveying my pantry, I realized we had quite a bit of green tea in teabags that was expiring soon. I reasoned that I could probably make a pretty good iced tea by adding some fruit. The first experiment I decided to try was green tea and David’s Tea’s Guava Cadabra which I reviewed here. 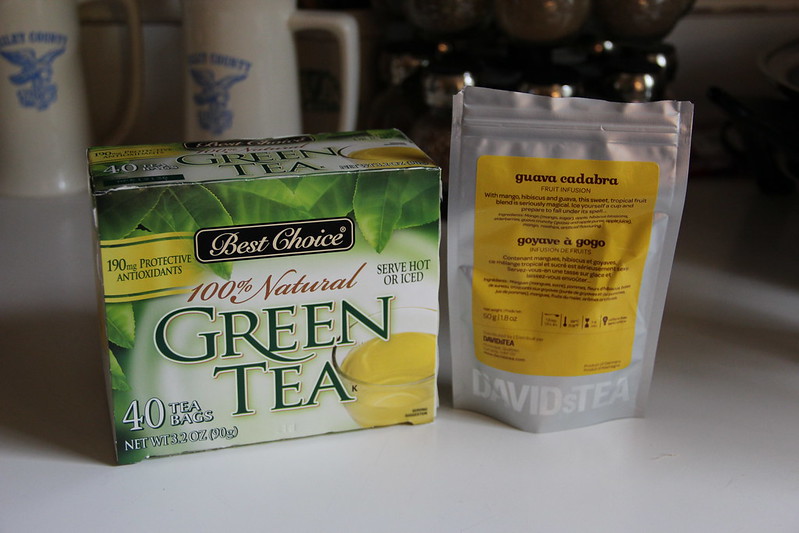 I started by heating about 5 cups of water in the microwave. I should note that even though I suggested doing an extremely concentrated tea in just a few cups of water, I ended up needing to use a bit more water when I brew.  Which brings me to my only complaint about this pitcher so far: I needed to brew with more water because if I only use 3 cups, the mesh container that holds the loose tea won’t be completely submerged. You’ll see what I mean in a moment. 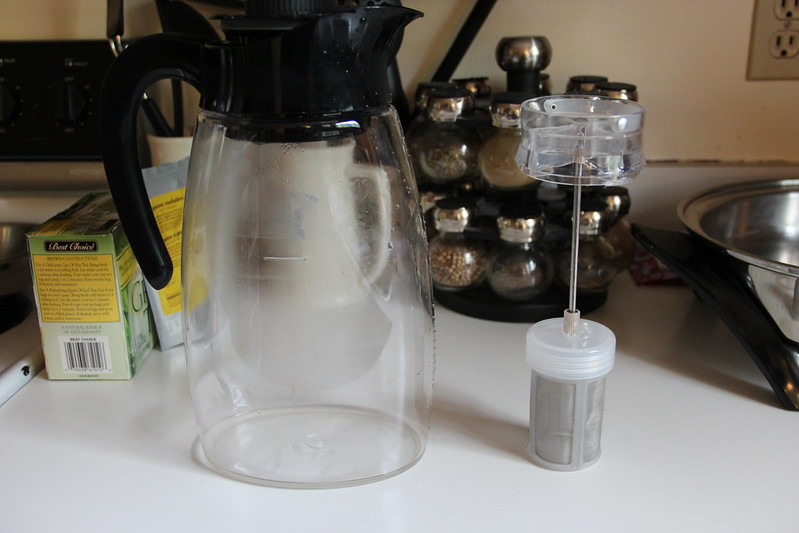 While the water was warming to just below boiling, I filled the mesh container with about four servings for the Guava Cadabra: 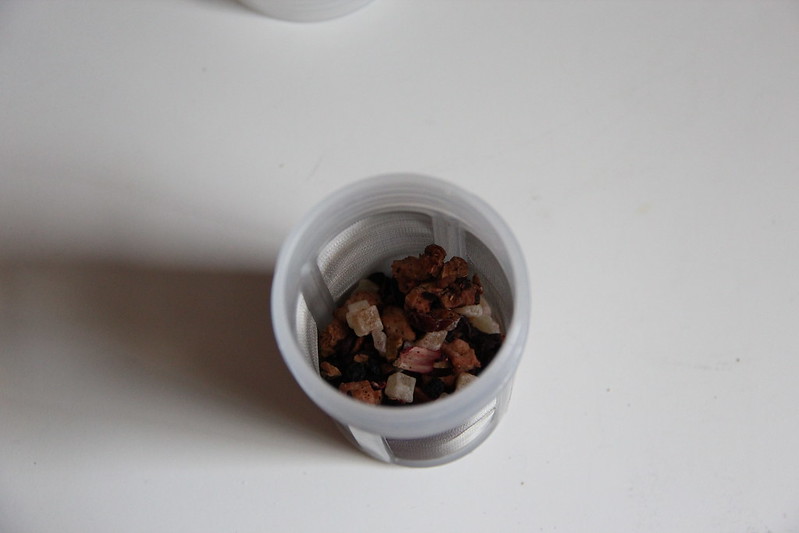 When the water was ready, I poured it in, using the mesh container and 6 or 7 green tea bags: 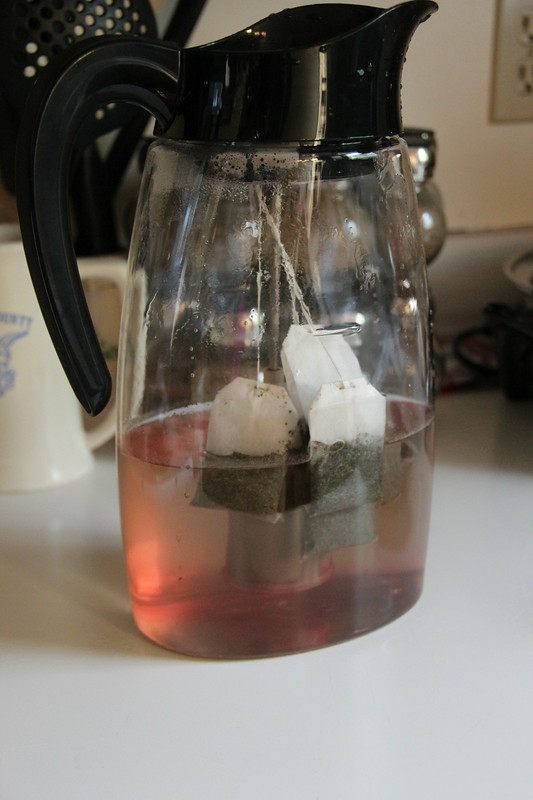 I steeped this for about 3 minutes. I probably could have let the fruit tea steep a little longer, but I was trying to keep the green tea from oversteeping and getting either grassy or bitter.  In the future I might let the fruit portion steep slightly longer.

Before I added cold water I also added sweetener. In my case, this was about 3 teaspoons of Splenda. I also bought some Rock Sugar from Teavana to try in future batches!

Finally I filled the pitcher to almost full with cold water and set it inside the fridge to chill.  The resulting tea was delicious and I enjoyed having it pre-made so I could fill my tumbler each morning before I left for work. 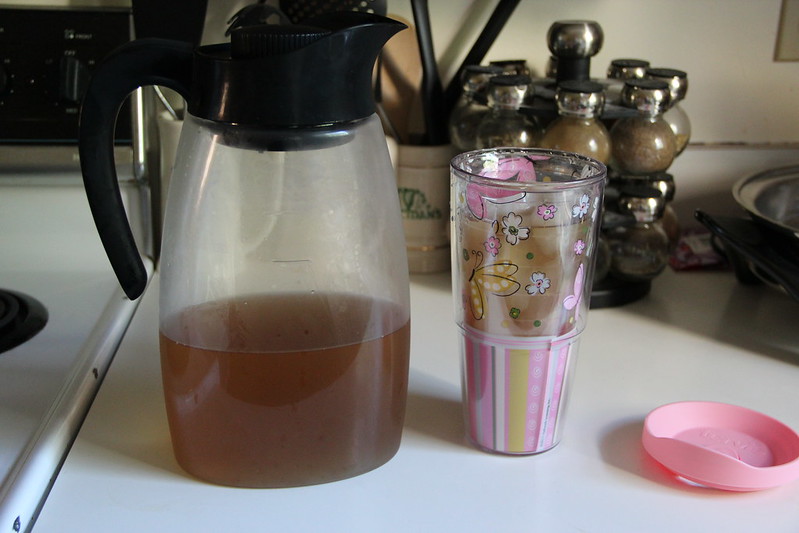 I haven’t used either the ice core or the fruit infusion insert for the pitcher yet. I’ve thrown the ice core in the freezer, so that it will be available should I ever want to serve a pitcher to guests.  I’m still contemplating what fruit to use for an infusion, but I have several other tea combinations lined up which I will definitely post in the coming weeks. In short, I think this was a great purchase and I’m enjoying both creating my own flavors and using up some pantry staples!