A few weeks ago, on Ravelry, I was part of an interesting discussion about Masala Chai.   This discuss was primarily about how Americans refer to chai as chai tea.  But the Hindi word for tea is chai, which makes the American version redundant.  The correct name for the spiced tea that we Americans refer to as “chai tea” is actually masala chai.

After having this discussion so recently, when I placed my order at Upton Tea, I decided to try the Masala Chai. 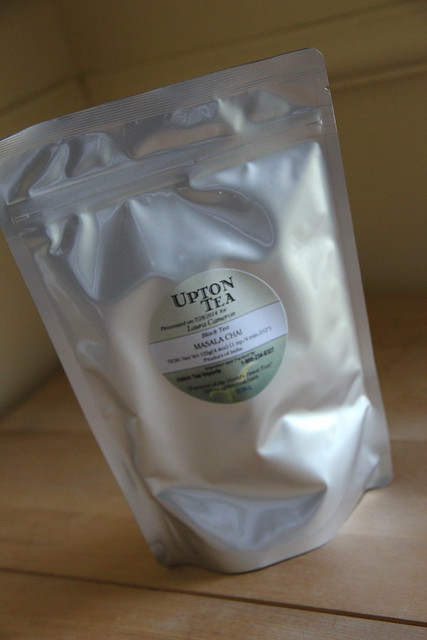 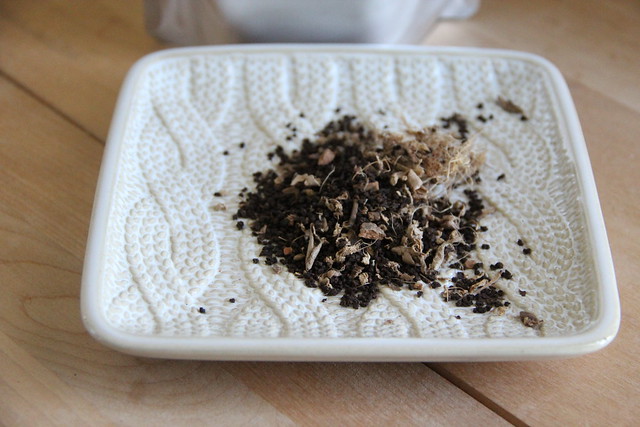 When I first opened the bag, all I could smell was cardamom and cloves. I thought it was really interesting that the ginger is thrown in looking like puffs of tumbleweed.  The smell was still spicy.  I have to say that I was a little disappointed in the taste. It was good, but it was primarily black tea and I think I wanted a bit more of a spicy bite to it. I’m definitely going to experiment with milk and honey, and maybe brewing up a bit stronger batch. I will say that the masala chai definitely puts me in a fall mood. Bring on the chill!